On this page you will find suggestions for projects. Most of these ideas come up in the class.

E1 - The most similar planet to the Earth has been recently discovered. It is known as the Earth's twin, although it also has a scientific name. It is situated near a star similar to the Sun and at aproximately the same distance. A project about this planet could be very interesting. Try to find out where this planet is located? What do we know about it? What reasons make scientists think that it's similar to the Earth.

E2 - Find informtion about sulphur and iron bacteria. Where can you find these bacteria? Where do they get their energy from? According to their nutrition, what kind of bacteria are they? Are these bacteria common or unusual? Can you think of any application the use of these bacteria could have?

E1 - Investigate: How was the Moon created? Investigate the different theories that try to explain the creation of the Moon. 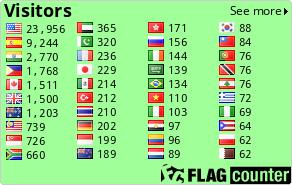