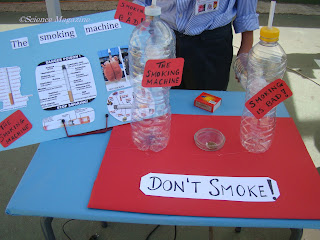 This experiment is a very effective way to show how much `dirt ' cigarrettes contain. Pablo Abad made a device to show this. Using plastic bottles and a vacum he was able to make what he called a smoke machine. On one side of the machine he inserted a cigarrete and on the other a vacumn that absorbed the air in the bottle and consequently smoked up the cigarrate. All the smoke was caught up in the bottle. In the centre he placed a small piece of filter paper. When all the cigarrette was smkoed up he would remove the filter and show all the `dirt ' that had stuck to it. Pablo repeated the experiment various times in the Science Fair and many, not only sudents, but also adults were very impressed to see what cigarretes contain and to think that all the horrible looking substances on the filter paper would end up in their lungs if they smoked. This experiment produced many reactions in the people that visited Pabl's stand. We hope that we have contributed to put off people smoking! 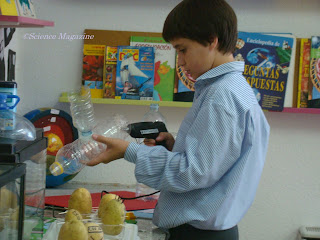 This is Pablo making his smoke machine. 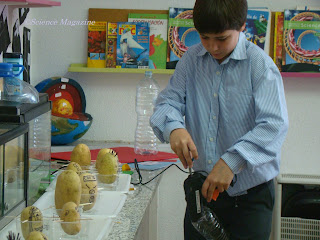 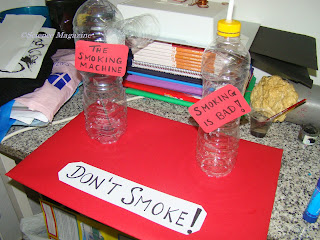 For his panel pablo investigated what substances cigarettes contain. He was suprised to find that many chemicals in cigarettes are also used in other products as industrial solvents, batteries, plastic materials, detergents etc. 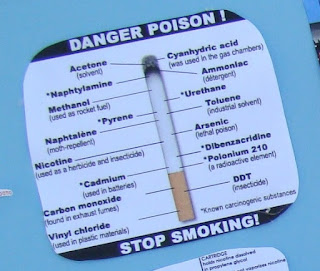 Watch the video to see how it works! 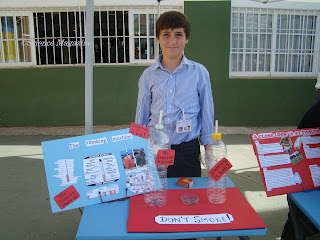 Pablo at the Science Fair 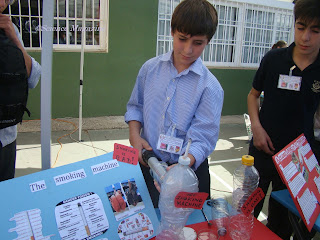 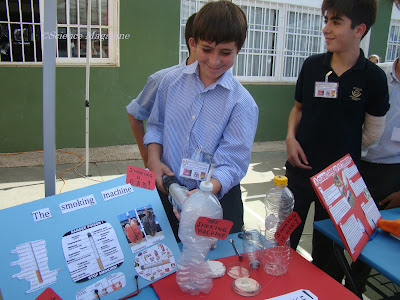 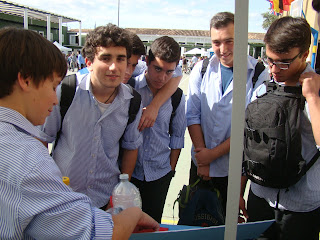