STUDYING THE ANATOMY OF A FISH

Fish are aquatic vertebrates. They live in fresh or salt water. They are cold-blooded, that is, they cannot regulate their body temperature. They breathe through gills. They reproduce sexually. Fertilisation takes place externally. They are oviparous, however sharks are ovoviviparous, and fertilisation is internal. There are two goups of fish: cartilaginous, such as rays or sharks and bony, such as carp, salmon, sea bass, trout etc.
We have studied the external anatomy of a fish. We have had the opportunity to take a close look at some of the parts of the fish that we studied beforehand. The fish we used for the experiment were sea bass. We placed the fish on plastic trays and we used tweezers and magnifying glasses. We have also learnt how to do a scientific diagram, which is a clearly labelled picture.

First we observed the fusiform body of the fish, that is wider in the middle than at the ends.

Fish limbs are called fins. With the tweezers we opened and looked at the shape of the fins. We saw that the fins are made up of spines and skin.

Fish can have upto three dorsal fins. We saw that sea bass have two.

With the tweezers we felt the operculum and noticed that it is made up of hard tissue. It protects the gills. (Sharks and rays have no operculum). 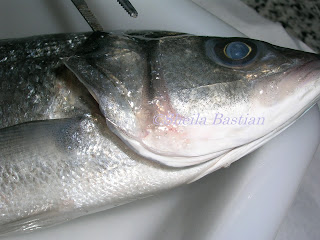 Behind the operculum we saw the gills. The gills are the respiratory organ. They are used to extract oygen from the water and release carbon dioxide. We noticed that the gills are made of  highly folded tissue and are full of blood, covered with a very thin layer of tissue. We could tell because of the red colour of the gills. Both characteristics are typical of respiratory organs, the folded tissue increases the surface area so more oxygen can be trapped and the thin tissue helps the oxygen penetrate easily into the blood. 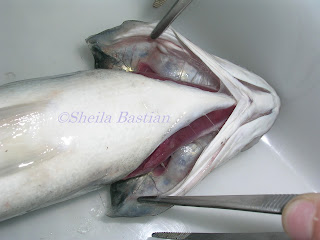 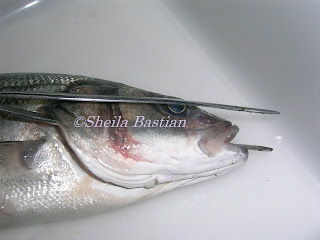 We opened the mouth to see the tongue and the tiny teeth. 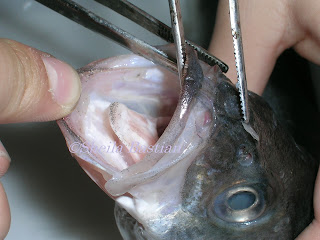 We also observed the scales and the lateral line. The lateral line is a sensory organ, it is full of receptors that detect vibrations. 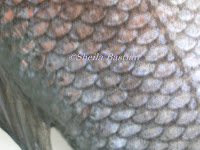 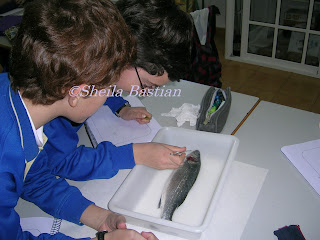 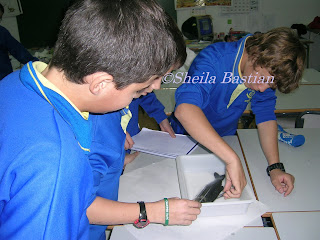 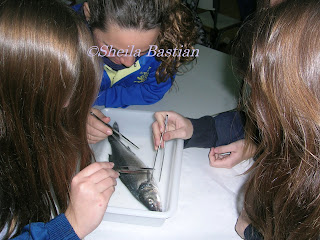 Here are some great scientific diagrams of the fish we studied.


Did you enjoy this experiment? Leave your comment!
Posted by S.Bastian No comments: