We put some filter paper in glass jars. We placed lentils between the paper and the glass. We added some water and waited for the seeds to germinate. 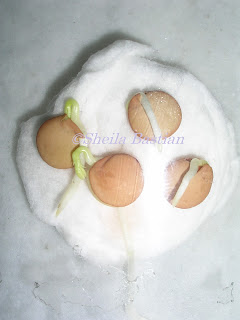 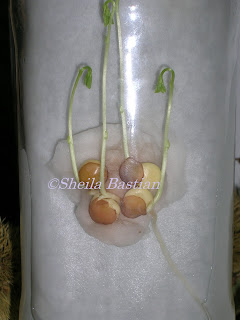 At first the stems grow upwards, this is phototropism or heliotropism and the roots grow downwards because of geotropism. We then placed the jar horizontally. We considered two posiibilities or hypothesis. The stems and roots would continue growing in the same direction but horizontally or they would now change direction and continue growing upwards towards the Sun and downwards affected by gravity.
After only 1 day this is what we saw. The roots were clearly being pulled down by gravity, that is, geotropism and the stems were clearly bending up towards the Sun, that is heliotropims. 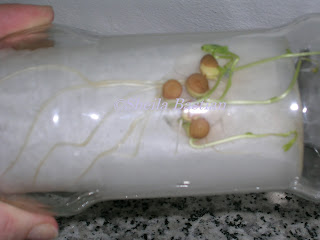 After more days, tropism was more evident. You can clearly see how plants respond to stimuli and produce permanent changes in the direction of their growth in response to them. 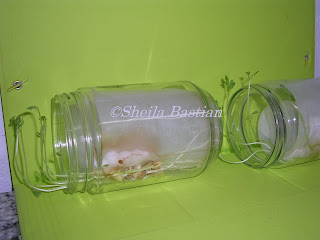 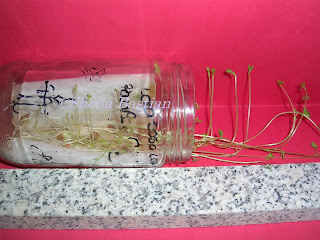 
Previous years I have done other experiments related to tropism. In the following photographs you can see the results.

In this one we germinated pea seeds. 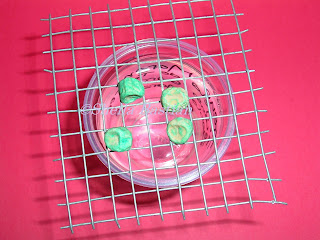 Once the seedling had grown we put it in a box with an opening for light on one side. 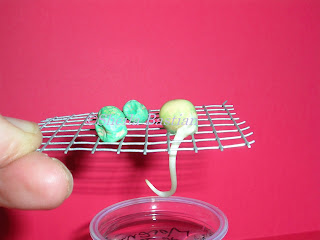 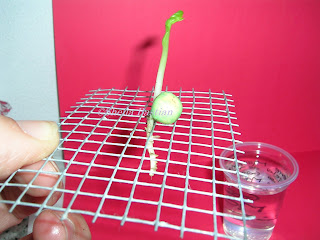 After some time you can clearly see how the stem has bent and grown towards the light. This is an example of phototropism. 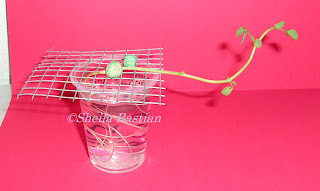 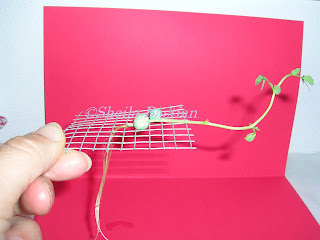 In this other experiment, we planted grass seeds in a tray and put them in a box, in which we had previously opened a hole on one side. 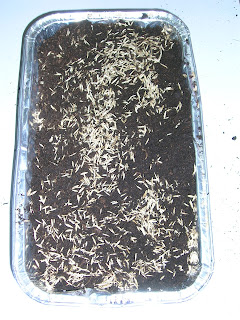 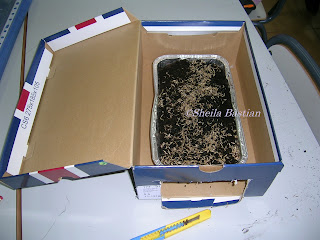 We put the box in a sunny place and watered it often. After some time the grass began to grow. This is what happened. 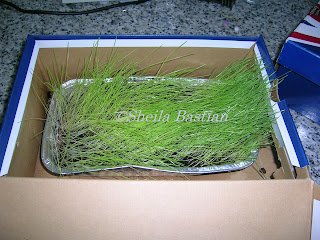 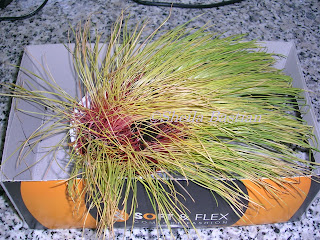 The grass has grown towards the light. This is also phototropism.


In this last experiment we hung a plant upside down for a long time. We carefully kept the soil moist by frequently spraying it with water. After some time, in this case, a couple of months, we could see how the stem began to bend upwards. Stems are affected by positive heliotropism, that is they grow towards the Sun or negative geotropism, that is they grow in the opposite direction to gravity. 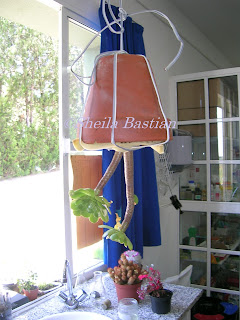 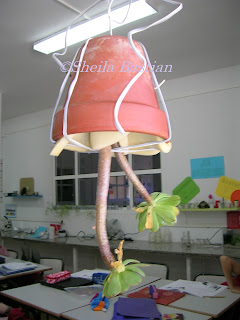 Taking risk is not bad as long as you know that you can handle it right and make sure you don't regret at the end. Visit my site for more information and thanks for your wonderful article it did helped me a lot.

I really enjoyed reading your article. I found this as an informative and interesting post, so i think it is very useful and knowledgeable. I would like to thank you for the effort you have made in writing this article.