WHAT IS EBOLA? HOW IS IT SPREAD? AND HOW DO YOU CATCH IT?

The first case of Ebola transmission in Spain has raised many questions in the class this week about this virus. The very discussed case on television of a nurse that has contracted the virus in a spanish hospital and whether sufficient protocols were implemented to protect health workers has awakened an interest in my students to know more about the virus. How is it transmitted? What are the symptoms? Is there a cure? are some of the questions asked in class.

I have chosen a couple of simple, explanatory videos for you to see. I hope you enjoy them and you learn a little more about Ebola. I have also published a link to CBBC webpage where you can read more.

NASA - TOUR OF THE MOON

Enjoy these images of the Moon surface and learn about the different features found on it. You can write a summary or a comment about the video for extra marks.

Congratulations to this scienctist for his collection of x-rays, which put together carefully show us joints in motion!

Check out this interesting video about how a wild animal like a fox has become part of an urban habitat. Foxes are often seen in streets and parks in many parts of the UK. 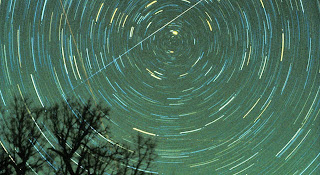 ORIGIN OF THE ATOM THEORY

Check out this interesting video about the origin of the atom structure theory. The study of atoms has changed from thinking that  atoms are static particles, to then finding that the electrons move around the atoms, now it is known that electrons do not follow the laws of motion and that the movement of electrons is unpredictible. 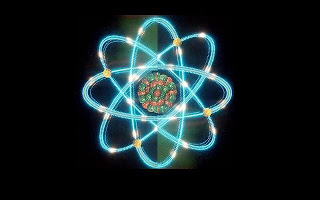 NASA'S VIDEO - THREE YEARS OF THE SUN IN THREE MINUTES 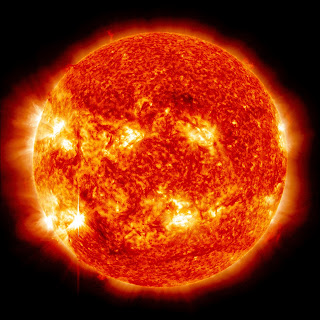 PETROL IN SEVILLE AND JAEN

We are studying non-renewable and renewable energy sources. We talked about how fossil fuels were running out because we use them a lot faster than they are replenished. We were talking about the possibility of finding new oil reserves and we mentioned that recently studies were being carried out to determine the existence of oil and natural gas in Andalusia. We talked about the advantages and disadvantages that would arise if such reserves were found and exploited. We all agreed that it would definately be a controversial issue and that there would be different opinions towards exploiting the area or not. This is only one of many articles where you can find more details about this news. Some very nearby villages are mentioned! You may find it interesting!

A SCALE MODEL OF THE UNIVERSE

One of the difficulties in the study  of science is understanding the dimensions of the things we study. It's difficult to imagine how small a cell, a molecule or an atom is or how big a planet, star, planetary system or galaxy is.
I have found a fantastic scale model of the Universe! Check it out! It's amazing!!

Use the bar below to zoom into small things and zoom out to see big things. Click on objects and read the explanation.

Sheila, I am Juan de Agustín of 1ºB
I saw the scale of the Universe, it was brilliant !!!!

Sheila, the scale model is fantastic! You can see the molecules very well and the planets!

Sheila, the scale model of the universe is very, very, nice i wath and is very good web site. Have a many interesting contents :)

The scale of the UNIVERSE was soo interesting

Álvaro M.M.
Very good the scale of the Universe.

Álvaro M.M.
Very good the scale of the Universe. I think is very nice.

The scale of the Universe is very interesting!

i am the secret person.... jaja sheila the blog it amaicyng it is so many excyting and interesand jaja

this blog is very interesting.

Hi Sheila, the scale model was very, very interesting and good. I hope this website goes better, but at the moment is very well organised and very good in content.

Sheila,
It's very cool and fascinating!!!!!!!
Continue like this, please. You could see everything very well.
Thank you very much,
Juan Carlos, from E1ºB
😄 👍

Sheila,
It's very cool and fascinating!!!!!!!
Continue like this, please. You could see everything very well.
Thank you very much,
Juan Carlos, from E1ºB
😄 👍

I'm allways impressed with the universe scale and now that i don't see it along time ago it's even better. I've also seen the sun's video, last year i couldn't see it but it's so nice.

Thanks Alvaro! I'm glad to here that you enjoy the blog, that's the main purpose of it.

Sheila im Alejandro Rodríguez from E1B. I like the blog so much and the scale model of the universe is great!!:)

Sheila,
I'v e seen the scale model of the universe, the three years of the sun and al so the tour of the moon. I't s amazing and interestin g because we can learned curious thing that in the past we asked People about it, but they didn't answer us like for example what's the smallest thing on the universe. I m sure you will continue like that , making us learn with such interestin gs data s