Protozoa
Protozoa are a diverse group of unicellular eukaryotic organisms. 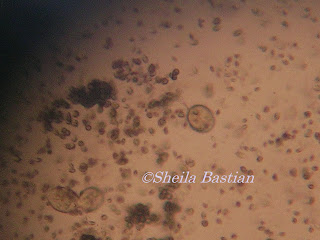 Protozoa commonly range from 10 to 52 micrometers, but can grow as large as 1 mm, and are seen easily by microscope. The largest protozoa known are the deep-sea dwelling xenophyophores, which can grow up to 20 cm in diameter. 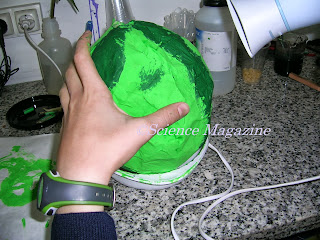 Motility and digestion
Tulodens are 2 of the slow-moving form of protozoa . They move around with whip-like tails called flagella, hair-like structures called cilia, or foot-like structures called pseudopodia. Others do not move at all. Protozoa may absorb food via their cell membranes, amoebas, surround food and engulf it, and yet others have openings or "mouth pores". All protozoa digest their food in compartments called vacuoles.
Ecological role
Protozoa are an important food source for microinvertebrates. As predators, they prey upon unicellular or filamentous algae, bacteria, and microfungi. Protozoa are consumers, both herbivoresand carnivores. They also control bacteria population.
Reproduction
Protozoa can reproduce by binary fission or multiple fission. Some protozoa reproduce sexually, some asexually. An individual protozoan is hermaphrodite.
Classification
They are classificated into ciliates, mastigophorans, and apicomplexans. Most protozoa can move about on their own.
Human diseases
Some protozoa are human parasites, causing diseases. Examples of human diseases caused by protozoa:
Malaria
Amoebiasis